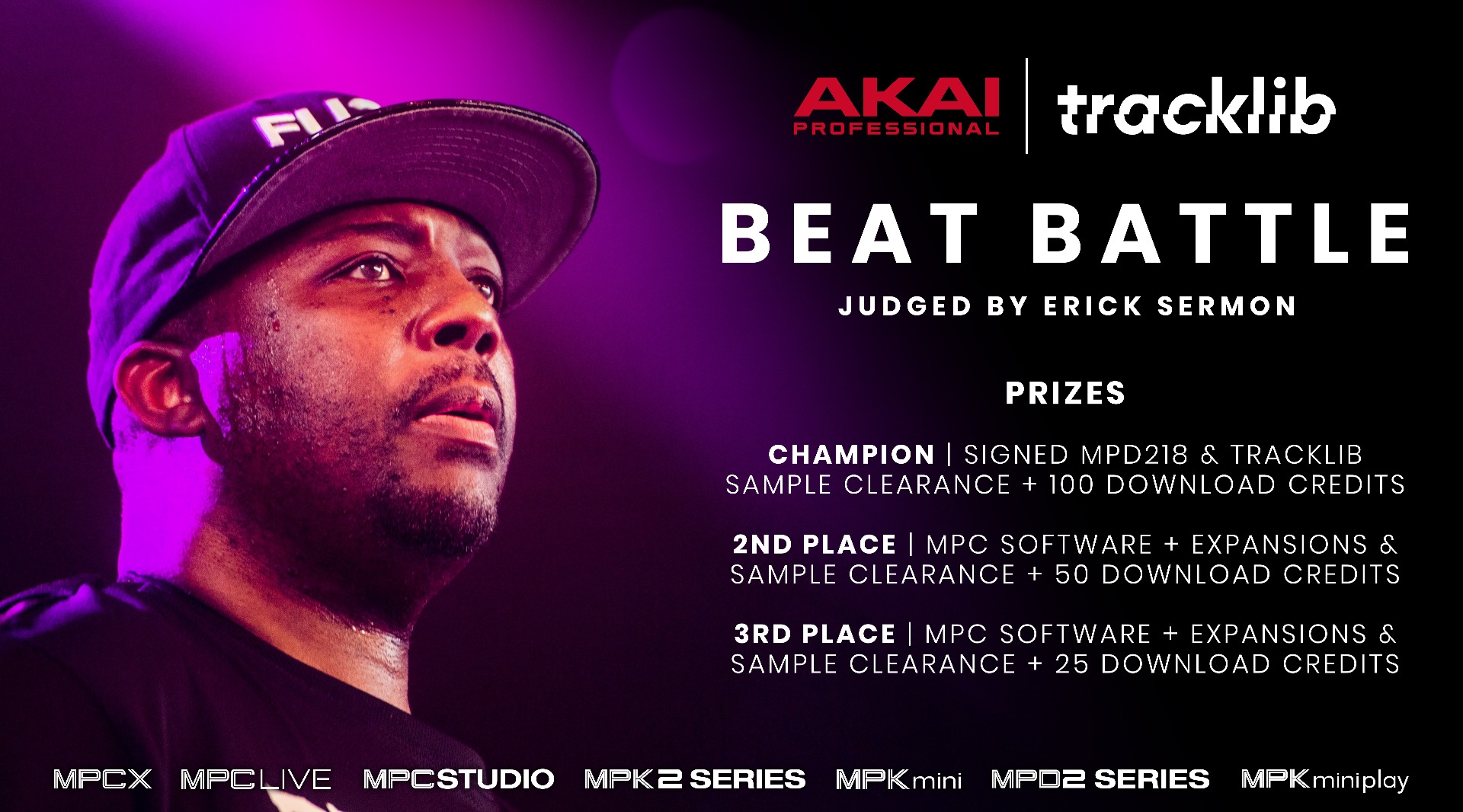 MPC-, MPD- and MPK-Series users have exclusive access to two expertly curated master files and one song with stems from Traklib for entry into a high-profile beat battle.

Calling all beat-heads! This is the competition you have been waiting for. Akai Professional and Tracklib are proud to announce a Beat Battle judged by hip-hop royalty Erick Sermon, exclusive for new and existing users of the MPC-, MPD- and MPK-Series. Entry couldn’t be simpler – simply head over to Akai Professional’s product registration page, register your product and follow the instructions to get your hands on 2 master files and one song with Stems from the Tracklib competition page. Then chop, sample and remix to create your masterpiece, upload this to Instagram before 11th August 2019 using the competition hashtag (#akaitracklib) and you’re set.

So, what’s up for grabs?

What are you waiting for? Put your beat making prowess to the test for your change to win some of these fantastic prizes.

Tracklib is the world’s first and only music service that offers legal and affordable sampling from previously released original music at scale. Music producers can easily browse more than 100,000 tracks and purchase downloads for sampling, then instantly get a license for as little as $50. The service launched in 2018 and has already been supported by industry heavyweights such as Questlove, Zaytoven, Bloodshy, Statik Selektah, Prince Paul and Erick Sermon.

Modern music’s evolution is intrinsically linked to the legendary Akai Professional MPC line – full-featured production and performance powerhouses that have spawned multiple genres and advanced countless existing ones. With a design often replicated but never surpassed, the Music Production Centre empowers users with an unrivalled workflow and a tangible, intuitive interface coupled with forward thinking, in-demand functionality that sets the precedence for the industry standard. Don’t settle for an imitation, take control of your creative output with MPC X, MPC Live and MPC Studio Black.

The centrepiece of your DAW-based creativity. The Akai MPK2 series controllers combine deep software integration, enhanced workflow, and core technologies from the iconic line of MPC workstations.  The MPK Mini MKII, MPK225, MPK249, and MPK261 are engineered to be all-in-one controller solutions for comprehensive interfacing and manipulation of virtual instruments, effect plugins, DAWs, and more.