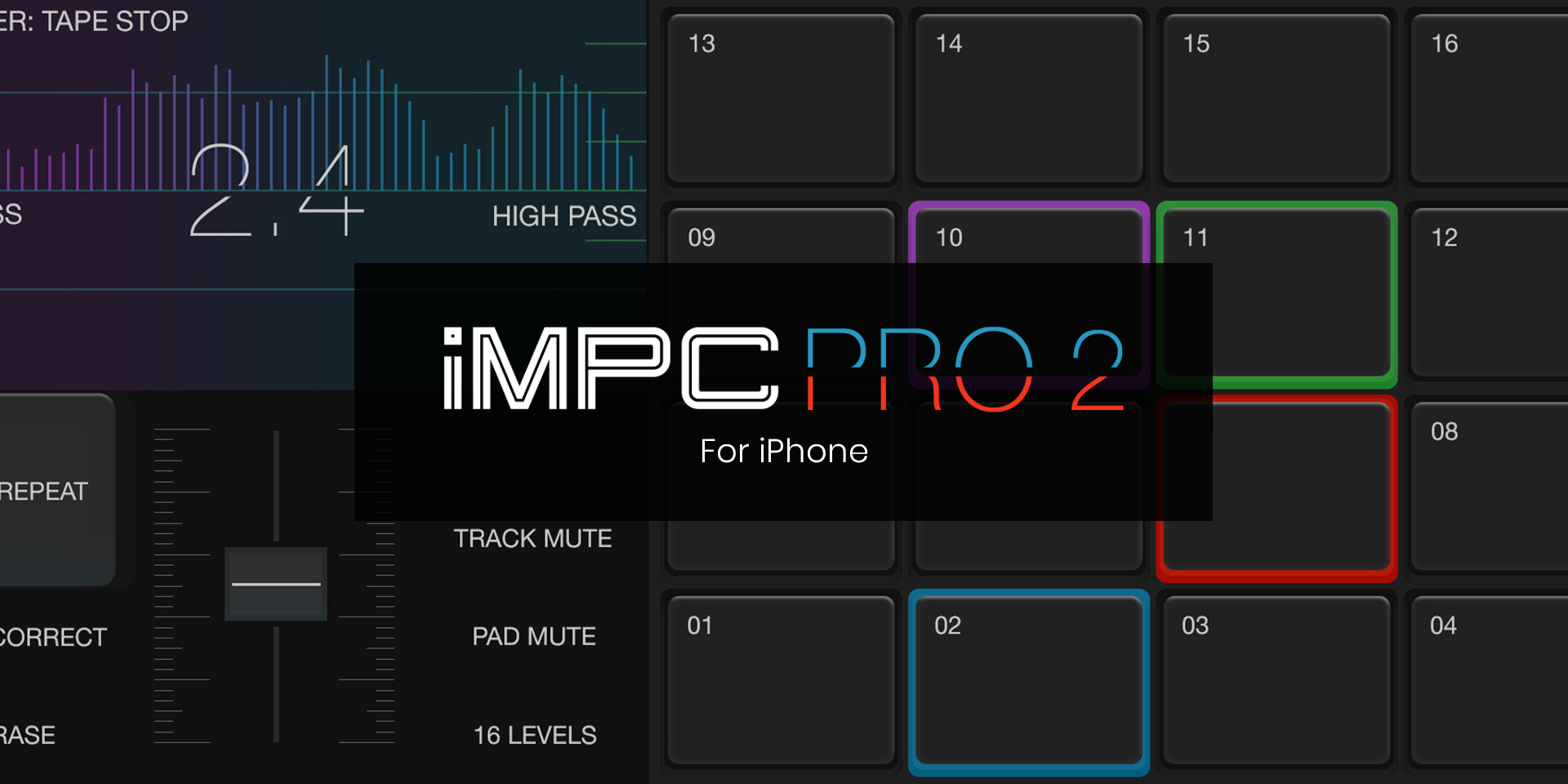 iMPC Pro is a 64-track music production powerhouse for your iPad. With built-in sampling functionality, a sound library, effects, and performance-driven features, iMPC Pro brings the functionality of Akai Professional's coveted Music Production Center to your iPad. Developed in partnership with Retronyms, the developers of the original iMPC, iMPC Pro comes with numerous enhancements for creating when inspiration strikes. It combines multiple sampling methods, core MPC features, a custom sample library from Richard Devine, and an intuitive gestural editor to create an advanced music sampling and creation platform for iOS.

iMPC Pro offers the multi-track flexibility modern music producers demand. 64 tracks, each with 4 pad banks of 16 pads, enable you to build your song from the ground up, experiment with different arrangements, and mix and master music. Each of the 64 tracks has a dedicated, automatable mixer channel that features a gain fader, 3-band EQ, pan, and four effect sends. Plus, a Master Channel includes a master fader and in-line master compressor threshold and gain, so you can beef up with track with global dynamic control. With iMPC Pro, your music can be as simple or complex as you want it to be.

iMPC Pro can record samples five different ways: using the microphone on the iPad, using the line input on the iPad, the multi-touch virtual turntable interface for your iTunes library, InterApp Audio or by resampling your own audio. The all-new resampling feature records audio that comes out of the Master output and places it in your current project as a new sample. iMPC Pro also comes with a powerful sample editor that supports multi-touch editing with zoom, envelopes, gain controls, and more. Slice mode automatically splits your sounds along a time-divided grid, making it easy to chop up samples into one-shots or loops. You can then trim and audition the sample prior to committing any of your trim edits. Additionally, you can process your sound with reverse, normalize, amplify, fade-in, and fade-out effects directly from the sample editor.

The all-new Timeline View opens a multi-touch gestural editor that enables you to sequence, program, record, and edit note events and their parameters all on one screen. The Timeline consists of a grid that can be set to various beat divisions, making it easy to program beats or songs by locking note events to the Timeline. In addition, you can record directly to the Timeline, and use Time Correct to automatically quantize your playing from a range of 1/8-note to 1/32T settings with variable swing. Each note event has a horizontal line that displays the level of a specific parameter, such as the velocity level, for quickly checking or editing without diving into more menus. You can also select, copy, paste, and cut any number of note events using iOS gestures.

iMPC Pro comes with 1,400+ sounds from acclaimed sound designer Richard Devine. This collection of inspiring samples enables you to sequence, tweak, and create with an expansive range of sounds: drum beats, synths, basses, leads, and much more are included for immediate music creation. You can edit any of the sounds, re-sample them, and add them to your own bank of custom sounds. iMPC Pro supports .WAV files, so you can import, edit, and produce with your own sample libraries.

In addition to its extensive production capabilities, iMPC Pro offers a series of performance-driven features. Flux, an all-new expressive performance control, is an easy way to warp and glitch your beats into something entirely different. With real-time controls, you can drop beats, create glitch effects, and smooth out track transitions during any live performance. Flux also supports automation, so you add the same dynamic intensity to your productions. The 3D-performance mode, a new addition to iMPC Pro, allows you to map iMPC Pro parameters to your iPad’s accelerometer and manipulate your music by tilting your iPad. Next Sequence lets you queue and juggle your sequences, allowing you to remix and perform on the fly. And, of course, classic MPC functionality, such as MPC Note Repeat and Note Variation, let you control samples expressively.

iMPC Pro comes packed with an array of onboard effects that include reverbs, delays, bit crushers, limiters, and more. The new Turbo Duck compression effect fattens up your tracks by mixing in sidechain compression. It can also create the pumping-and-breathing effect found in electronic music. In addition, the Turbo Duck icon animates to the compressor’s dynamics—dipping up and down when the compressed sound “ducks” out—to provide real-time visual feedback of the effect’s intensity. InterApp Audio support lets you route audio into and out of the app for 3rd party FX processing if you desire.

iMPC Pro’s UI was redesigned for a cleaner look and unprecedented gestural control. Inspired by the classic MPC 2000, iMPC Pro stays true to its vintage counterpart but includes various enhancements that make iMPC Pro an intuitive platform for creating or performing music. iMPC Pro’s interface is broken down into five tabs – Main, Program, Mixer, Timeline, and Song – that intuitively organize the core elements of your music. iMPC Pro is also outfitted with all-new Precision Knobs, intelligent controls that can be tapped and magnified so you can precisely dial in parameter values. Undo History allows you to roll back edits from a list of changes, enabling you to experiment with changes and return to previous states.

iMPC Pro is now opened up to the world of iOS, so you can sample directly from your other music apps. This update adds support for the new inter-app audio protocol in iOS 7. Inter-app audio allows you to route audio and control data between apps on your device. Use iMPC's sampler and inter-app audio to record new sounds from compatible apps for use in your programs. iMPC Pro is also compatible with Retronym’s Tabletop app, a powerful modular audio environment with dozens of synthesizers, sequencers, effects, and more.

Now it’s easier than ever to copy and paste sounds to and from your favorite apps. AudioCopy 2.0 makes it easy to paste sounds from compatible apps. Updated for compatibility with iOS 7, AudioCopy 2.0 also includes an updated UI and other improvements. Visit retronyms.com/audiocopy for more information.

With integrated community support, you can produce your latest track and then upload it directly to SoundCloud, Twitter, Facebook, and Tumblr from the convenience of your iPad. Making and uploading music has never been easier – share your music with fans. 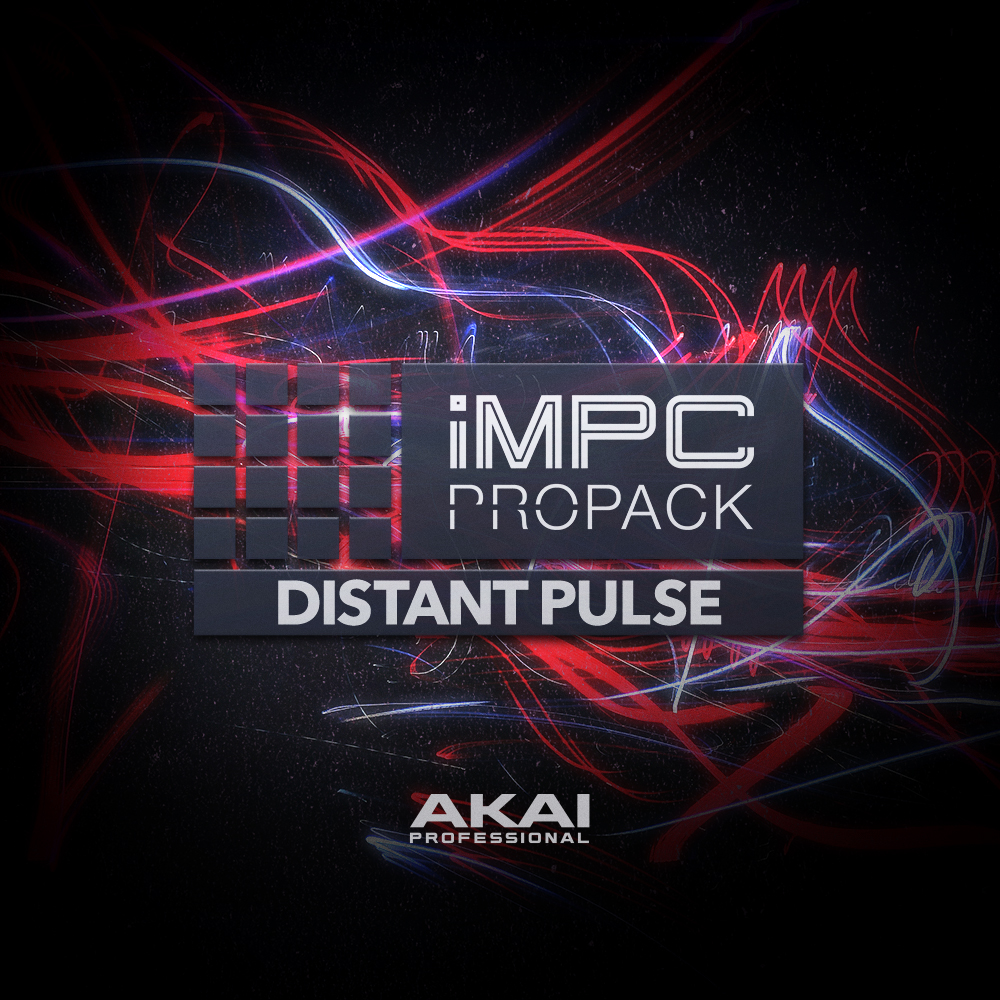 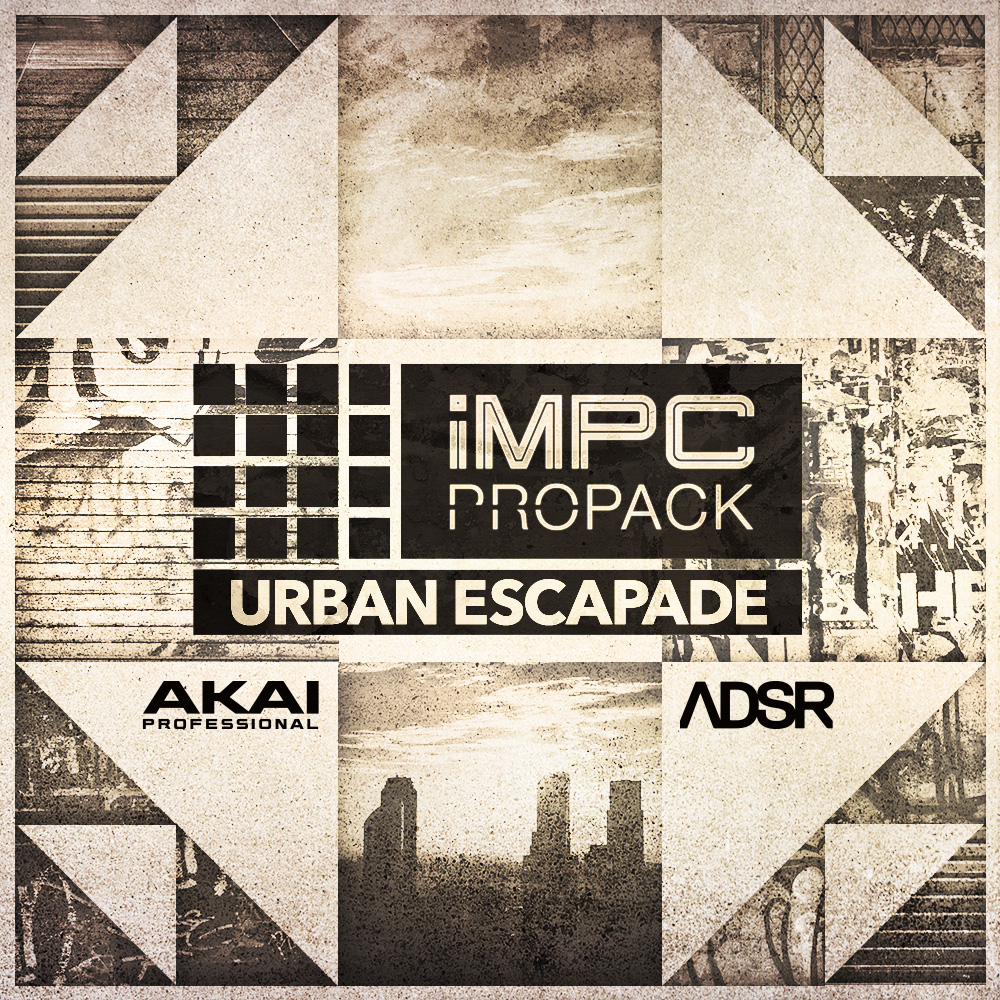 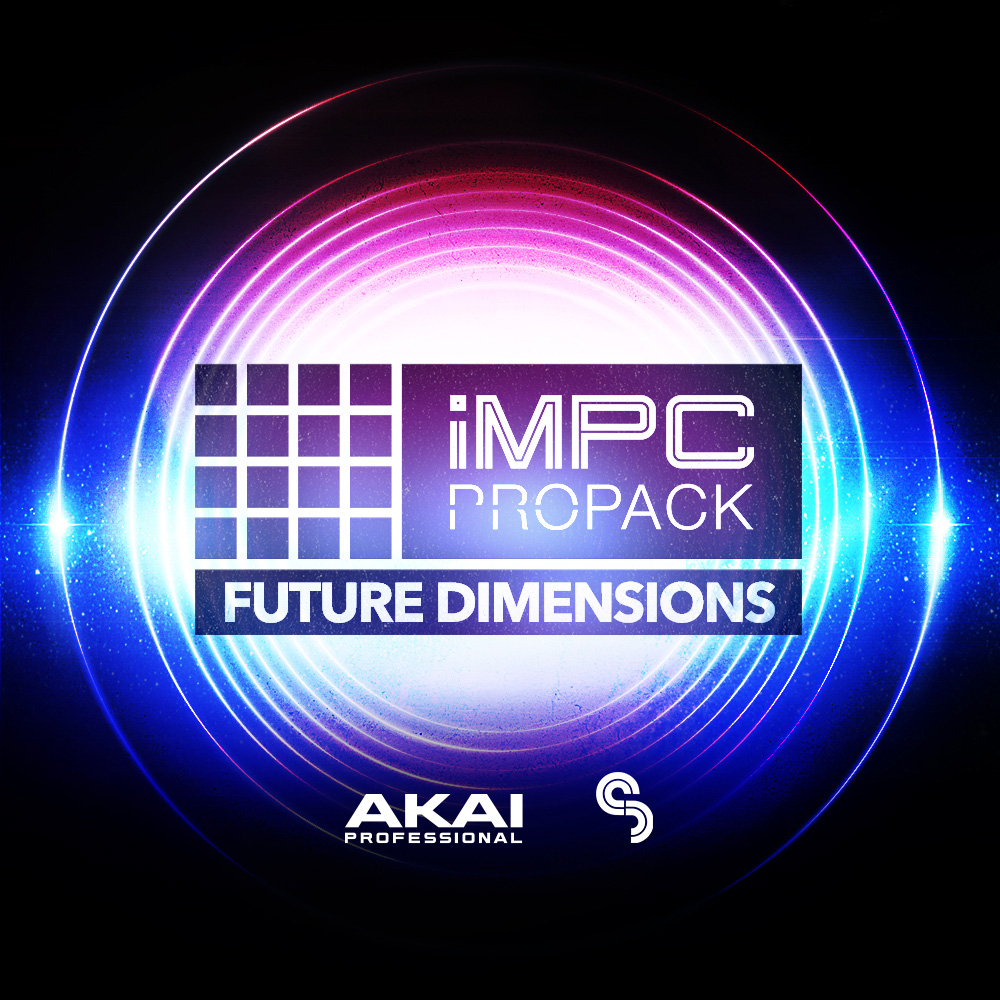 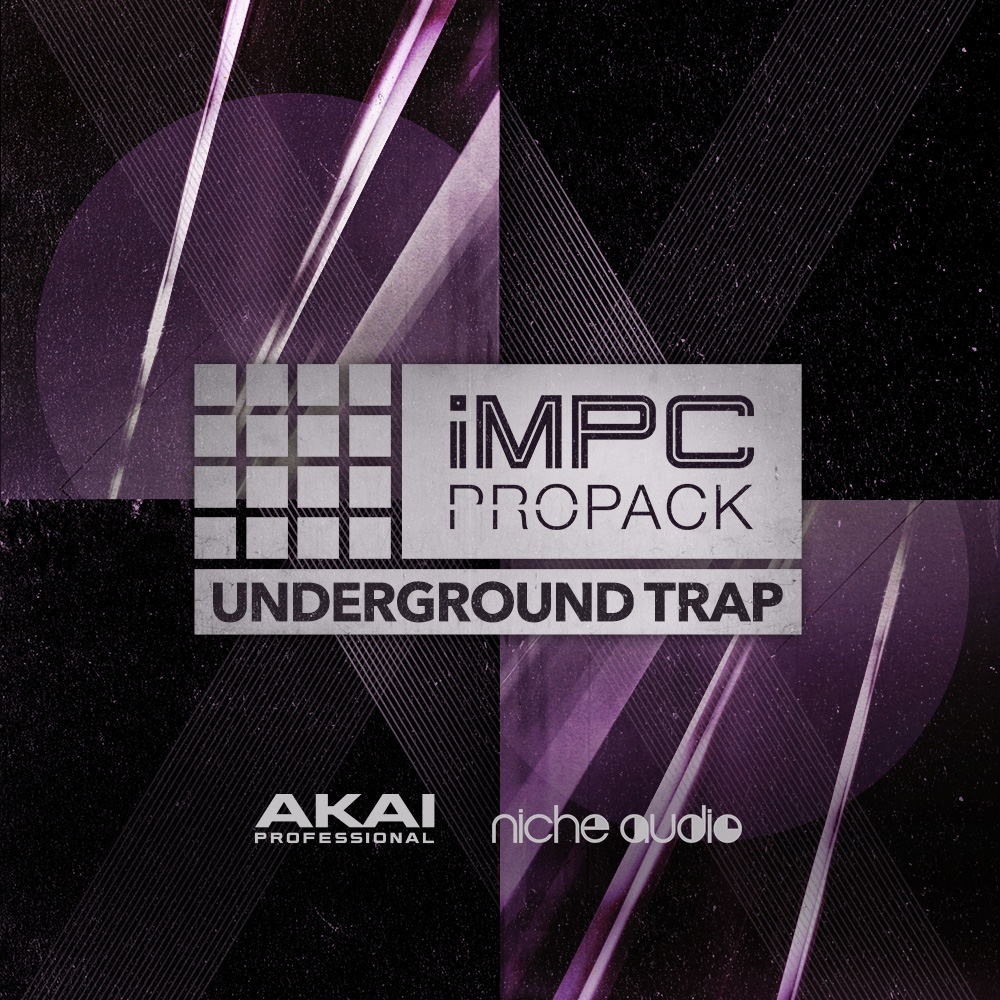